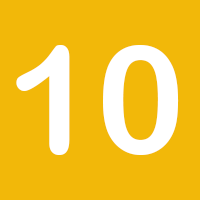 Enforce the laws that protect whistle-blowers and others providing evidence about potential cases. From the early stages of an investigation, identify and implement steps and processes needed to encourage, support and protect whistle-blowers, victims and others who provide intelligence and evidence so that they may act confidentially, anonymously and without fear of reprisals.

Investigators and prosecutors interviewed noted that victims, informants and whistle-blowers can be key to exposing corporate crimes. They, as well as other witnesses, can also provide vital information to law enforcement officials and in court. Yet the interviewed investigators and prosecutors recognised that these individuals may be subject to social pressures from their community, the corporate entity or co-workers to remain silent or may be subject to significant personal risks such as harassment, intimidation and threats of violence. Whistle-blowers often do not have adequate protection under domestic laws – in particular when they are seen to come forward without “clean hands”, for example in situations where they may have contributed to the crime. The investigators and prosecutors also noted that the issue of witness and victim safety is particularly acute in cross-border cases and that special protection measures, such as resettlement, can be required. As a result, key individuals may be reluctant to come forward and provide information or may not wish to give evidence in court.

At the national level, States should amend or adopt laws that protect whistle-blowers from harassment, intimidation and threats of violence.

At the law enforcement level, where possible, investigators and prosecutors should consider whether a corporate crimes case can be prosecuted without testimony from victims or vulnerable witnesses. The case would therefore rely on documentary evidence alone, with witnesses needed only to introduce evidence and/or testimony from police or investigators. Many States have learned to prosecute domestic violence and trafficking without needing victims to testify, and prosecutors might consider seeking to adopt similar strategies.

Where testimony from victims and witnesses is needed, law enforcement should encourage and put in place appropriate measures and incentives at an early stage to protect such individuals and help foster disclosure.

In particular, law enforcement should:

In respect to whistle-blowers, to the fullest extent allowed under applicable laws in their jurisdiction, prosecutors should use their discretion to do the following:

During the pre-investigation and investigation phases, law enforcement should take special care to ensure that protective and security measures are in place for individuals who are vulnerable to abuse, intimidation and retaliation. Such measures include:

During trial, protective and security measures could include:

Finally, at all stages of the justice process, law enforcement should provide support services to particularly vulnerable groups, such as victims of sexual violence, children or persons with disabilities. The support service should take into account the social, cultural and religious background of the victims.

A range of legislative mechanisms exist across jurisdictions to ensure that whistle-blowers are protected and receive appropriate remedy for instances of reprisals and victimisation. South Korea has a strong legal framework for whistle-blower protection as it includes a number of important provisions. For example, the protection laws define “whistle-blower” as any persons who reports, petitions, informs, accuses or complains that a violation of the public interest has occurred or is likely to occur to a wide range of designated authorities, including a corporate officer.205 The Anti-Corruption and Civil Rights Commission (ACRC), a government body, is mandated to help investigate and resolve whistle-blower protection cases.206 The ACRC can grant protective measures such as re-instatement or compensation when instances of discrimination or reprisal against the whistle-blower for the protected disclosure occur.207 Whistle-blowers can also request the issuance of preventive measures when there is high likelihood of retaliation.208 Under South Korean law, disclosure of a whistle-blower’s identity without his/her consent and retaliation are criminal offences.209 Retaliation is presumed to be a consequence of the whistle-blowing if it takes place within two years of the divulgence of information.210

The scope of the protected disclosures under the Act is sweeping. Individuals are protected when they disclose economic crimes; violations of the law; miscarriages of justice; waste, misappropriation, or mismanagement of public resources by a public institution; environmental degradation and danger to health and safety of an individual or a community.213 The protected disclosure can be made to a wide range of authorities and institutions, including law enforcement, the Parliament, the Commission on Human Rights and Administrative Justice (CHRAJ) or the head of a recognised religious body.214 Whistle-blowers are protected from any form of retaliation and victimisation.215 The CHRAJ is tasked with investigating complaints of retaliation and may refer the case to High Court or make orders to request police protection.216

There have been challenges in implementation of this progressive legal framework. Very few members of the public know or understand the Act. Many of the institutions mandated to receive complaints under the Act do not have procedures in place to process them, and few officers in these institutions have received training on how to handle such complaints.217

Anonymous whistle-blowers are often vital to establishing a corporate case. There are numerous ways to preserve the anonymity of the information provider.

Internet anonymity networks, such as TOR, allow communications to be routed and obscured so that they cannot be traced back to the user. For example “whistle-blowing sites” such as Afrileaks,218 Wildleaks219 and Transparency International220 use TOR and GlobaLeaks technologies to allow informants to pass information anonymously to journalists, wildlife crime activists and anti-corruption NGOs respectively. The Guardian newspapers Securedrop facility also uses TOR and encryption technologies to allow informants to share files with The Guardian anonymously.221

Older and potentially less secure systems use more dated technologies but may also offer guarantees of non-disclosure and/or operate processes which prevent identifying information from being collected to preserve anonymity. For example Crimestoppers is a UK based registered charity, which allows anonymous informants to provide information by telephone and through the Internet.222 It provides a guarantee that it will not collect information that identifies informants, it will not trace calls or internet-based communications and will not allow any identifying information to be included in its reports.223 This guarantee and the structured information collection preserve anonymity. Crimestoppers was contacted by 300,000 individuals in 2015. From those contacts 111,000 pieces of anonymous information were passed to the police resulting in 19,500 crimes being solved and prevented.224

Legal opportunities for anonymous information provision may also be available, depending on the legislation in force in the relevant jurisdiction. In general terms, many jurisdictions privilege certain types of communications. For example, in common law jurisdiction communications with lawyers are normally legally privileged. In the United Kingdom, legal professional privilege protects legal communications between a registered and qualified legal practitioner and their client. This means that the content of communications between the two parties cannot be disclosed without the client’s consent. In such jurisdictions, an individual who wish to pass information to law enforcement anonymously could pass it to a lawyer for onward provision to law enforcement on the explicit stip