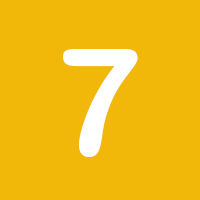 Investigate and prosecute those corporate actors most responsible for the wrongdoing

Explore all potential defendants responsible for the wrongdoing early in the investigation process. Identify and prioritise pursuing those most responsible, including individual actors as well as the corporate entity itself, by considering any legal restrictions as well as the facts of the case. With respect to individuals, prosecutors should not limit their efforts to low or mid-level employees. Where sufficient evidence exists, senior executives and officers should be pursued.

Action is needed on two levels to overcome these challenges.

First, States should criminalise serious harms under national law and include clear provisions relating to the liability of corporate actors for corporate crimes. Where appropriate, law enforcement should look to develop legal standards and advocate for new laws in this area.

Second, using the laws and tools at their disposal, law enforcement should prioritise pursuing those corporate actors, whether individuals or corporate entities, most responsible for the wrongdoing. For these purposes, law enforcement should map all potentially culpable corporate actors linked to the corporate crime early in the investigation process. At this stage, no actor should be categorically exonerated. Where legally permitted, investigators should consult with prosecutors and other legal experts in relevant government bodies to ensure that appropriate evidence is gathered to prosecute the corporate entities or individuals.

In prioritising those actors most responsible for the wrongdoing, law enforcement should:

In some jurisdictions, prosecutors may enter into agreements with the corporate entity under which they agree not to prosecute the entity in exchange for payment of a fine and undertakings from the entity to identify responsible individuals or fulfill certain other terms and conditions (referred to as non-prosecution or deferred prosecution agreements in some jurisdictions). These agreements should not be used where a corporate entity is implicated in a corporate crime linked to a severe human rights abuse. Such agreements should also not be used as a way for individuals implicated in severe human rights abuse to escape liability. For example, where such an agreement is signed with a corporate entity in exchange for information on the identity of responsible individuals, particularly senior executives and officers, law enforcement should investigate and, where appropriate, prosecute such individuals. In those situations, where a prosecutor and a corporate entity enter an agreement, prosecutors should enforce the agreement strictly by prosecuting the entity for violations of its terms.

A recent policy shift in the United States highlights how focusing only on corporate entities rather than senior level individuals may not sufficiently deter wrongdoing or ensure justice for victims. This policy is also relevant to Principle 6 (Pursue charges that reflect the gravity of the corporate crimes committed) in that it shows how corporate entities and their directors and employees may see fines (whether under settlement agreements or otherwise) simply as a cost of doing business.

In recent years, the U.S. Department of Justice (DOJ) has focused mainly on pursuing and fining corporate entities connected with wrongdoing, and has rarely prosecuted senior level individuals. This policy has been criticised on the grounds that it has not deterred further misconduct and that corporate entities and senior management may view these fines simply as a cost of doing business. For example, in September 2015, federal prosecutors entered into a Deferred Prosecution Agreement (DPA) with General Motors (GM) concerning its decade long concealment of an ignition switch default credited with killing at least 124 people.155 The U.S. Attorney General stated that the agreement was reached in part because of the GM’s “extraordinary cooperation” with its investigation.156 However, no individuals involved in the cover-up of the defect were prosecuted due to insufficient evidence.157 In the months following the settlement, a few lawyers made several allegations to the prosecutor that GM was in violation of the DPA.158 GM refuted these allegations.159

The U.S. government has begun to shift its policy, aiming to deter corporate misconduct by focusing more on individual accountability. In September 2015, the U.S. Deputy Attorney General issued a memo (the “Yates Memo”), which states, among other things, that corporate entities will only benefit from cooperation credit if they provide the DOJ with “all relevant facts relating to the individuals responsible for the misconduct”.160 The memo also directs law enforcement to focus on individual wrongdoing from the beginning of any investigation. This guidance has been incorporated into the U.S. Attorneys’ Manual, which contains policy and guidance for public prosecutors.161

While not a human rights case, the progressive investigation and filing of criminal charges against Alstom Network UK and its former employees demonstrates how investigating and prosecuting both individuals and corporate entities can serve the goals of ensuring the greatest possible level of accountability and deterring future harm.

In 2009, the UK Serious Fraud Office (SFO) began investigating Alstom Network UK, a subsidiary of French power and transportation company Alstom SA, on suspicion of bribery, corruption and conspiracy to pay bribes in relation to a number of foreign projects.162 In September 2014, the SFO filed its first set of criminal charges against the company for violations of the Prevention of Corruption Act 1906 and the Criminal Law Act 1977 in relation to transport projects in India, Poland and Tunisia. The SFO filed similar charges against Alstom Network UK in connection with the Budapest Metro project in Hungary in May 2014, and against Alstom Power Ltd in connection with a power plant project in Lithuania in December 2014.

While initial charges were brought only against the corporate entity, a number of former employees were warned that the SFO intended to charge them with corruption offences over the next year.163 As investigations progressed, additional charges were brought against two former managing directors, a business development director, and the company’s ex-senior vice president of ethics and compliance.164 The various trials are due to take place between June 2016 and May 2017.165

In R. v. Pétroles Global Inc., two territorial managers and the general manager of Global Fuel’s Quebec and Maritimes operations were prosecuted and subsequently pled guilty for engaging in a scheme to fix gasoline prices.166 The State also prosecuted Global Fuel under the Canadian Criminal Code, under which a corporate entity can only be held criminally liable for the action of its senior officers. “Senior officer” is defined as a representative “who plays an important role in the establishment of the organisation’s policies or is responsible for managing an important aspect of the organisation’s activities”.167 The Canadian government amended the Criminal Code in 2003 to ensure that corporate entities could be prosecuted for the acts of their middle managers.168

The defence argued that the general manager was not a senior officer for the purpose of the law because he only had authority over minor expenditures related to the daily operations of the gasoline stations in the territories he oversaw. As such, his actions alone could not expose the corporate entity to criminal liability.169 The prosecution argued that, although the general manger did not possess the ultimate decision making power within the entity and was not part of the senior management team, he managed “an important aspect” of Global Fuel’s business operation. As the prosecution demonstrated, the general manager supervised over 200 service stations, which amounted to two-thirds of the stations in Canada.170

The Quebec court ruled in favour of the prosecution and found the corporate entity guilty of price fixing, establishing that corporate entities may be punished for actions of mid-level territory managers even in the absence of evidence that corporate executives knew of the misconduct.171 When determining the appropriate level of penalty for the entity, the judge emphasised that, considering the seriousness of the offence and the need to send a message to the industry to deter future wrongdoing, a fine of CAN$1 million (then around US$962,000) was warranted.172