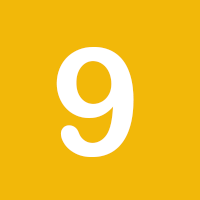 Consider ways in which criminal justice reforms might provide for a greater focus on victims’ rights, consistent with ensuring due process for the defendants, including through participation in cases where corporate crimes are alleged.

Interviewed experts noted that victims of corporate crimes can face particular obstacles in the criminal justice process. In the worst-case scenario, they are viewed solely as witnesses to the crime and do not receive adequate reparation for the harm they have suffered. For example, prosecutors may only seek fines or jail sentences for corporate actors. This may be the case even in jurisdictions where additional measures to remediate the harm to victims are permitted by law within that jurisdiction such as: securing clean-up or an apology or providing for health care and monitoring in the case of an environmental disaster involving criminal conduct. Similarly, victims’ rights may be sidelined or negatively impacted due to pressure on law enforcement to resolve corporate crimes cases quickly and with minimal costs.

Within the criminal justice system, there is growing recognition of the need to ensure more effective and meaningful participation and representation of victims.

Under international standards on victims’ rights, the right to an effective remedy encompasses: (1) equal and effective access to justice; (2) adequate, effective and prompt reparations; and (3) access to relevant information concerning judicial mechanisms. At the international level, the Rome Statute of the International Criminal Court (ICC) provides for the prosecutor to take into account the interests of victims when pursuing or deciding not to pursue a case, and for the views and concerns of victims to be presented and considered at appropriate stages in court proceedings. This is balanced against the accused’s right to due process. The ICC’s revised strategy in relation to victims specifically states that an objective is to ensure that “victims are able to fully exercise their right to effectively participate in the ICC proceedings with effective legal representation in a manner that is consistent with their rights and personal interests as well as with the rights of the accused to a fair, expeditious and impartial trial”.

At the regional level, in 2012, the European Union adopted a directive on minimum standards on the rights, support and protection of victims of crime. At the national level, the United Kingdom has, as one example, committed to put victims first in the criminal justice system and developed a Code of Practice with minimum standards around victims’ rights. This includes the right to be kept informed about the progress of any investigation and prosecution and the right to make a statement, referred to as a Victim Personal Statement, in court if the defendant is found guilty.

Similarly, law enforcement should consider practical ways, consistent with their legal system, through which victims can obtain effective remedy beyond financial penalties and sentencing. As some national jurisdictions are more open than others to taking a victim-centred approach, what law enforcement can do to ensure that victims obtain an effective remedy will vary depending on what the law permits within a given jurisdiction. To the extent possible, ensuring an effective remedy in corporate crimes cases should be pursued alongside other objectives, such as deterring future harm by corporate actors or encouraging a more responsible business culture.

One way of ensuring equal and effective access to justice is to enable victims to participate meaningfully and effectively in proceedings where possible. For example, in select jurisdictions, victims have the right to legal representation, the right to make certain submissions in legal proceedings through a representative or the right to take part in such proceedings as a civil party independent of the prosecutor (commonly referred to as “partie civile”).

Additionally, prosecutors could pursue other available avenues for redress to ensure that victims receive adequate, effective and prompt reparations for any harm caused.

Reparations include not only compensation but also restitution, rehabilitation, satisfaction and guarantees of non-repetition. At an appropriate stage in proceedings, prosecutors should consider consulting with victims about any specific measures available in that jurisdiction that they could require the corporate entity or other corporate individuals to take if found guilty. Measures could include: the corporate entity implementing a code of conduct that is enforced through an internal compliance program to prevent future wrongdoing, or issuing a public apology and paying appropriate restitution to the victims and communities affected by its commercial activity.

While practice may vary between jurisdictions, law enforcement should seek to engage with victims from an early stage in the investigation and/or prosecution of a corporate crimes case, and ensure that they are given relevant information as it proceeds. This includes information to ensure that victims are aware of their rights as well as any assistance or support mechanisms available to them. Victims should be promptly informed of any decision not to proceed with the case, and the reasons for such a decision, as well as any procedure open to victims to challenge such a decision. Similarly, they should be informed as to why a prosecutor is seeking a specific sentence in their case. Information should be provided to victims in an accessible manner, including appropriate language.

The legal framework in India is progressive on the role of victims in criminal proceedings, although challenges remain in regards to the implementation of the law. Under India’s Criminal Procedure Code of 1973, victims can challenge a law enforcement decision not to open an investigation into a complaint that alleges a “cognizable” offence by appealing to a higher officer in the police force.190 In extreme cases, police officers may be criminally convicted if they fail to investigate a case.191

Victims can also challenge a prosecutor’s decision not to file an indictment. The Supreme Court in India held in a 1997 case, U.P.S.C. v. S. Papiah, that when law enforcement seeks to forgo a prosecution, “the informant must be given an opportunity of being heard so that he can make his submissions to persuade the magistrate to take cognizance of the offence and issue process”.192

In addition, victims have the ability to participate in court proceedings by appointing a “subsidiary prosecutor” who may, in certain situations, submit written arguments on behalf of the victims.193 Finally, victims and their legal heirs are allowed to appeal a decision of acquittal with permission from the High Court.194

Two South African cases demonstrate the types of reparations that can be used to redress harms with a broad negative impact on society.

In 2012, the Regional Court of Ermelo, Mpumalanga, South Africa convicted mining company Golfview Mining (Pty) for a number of breaches of the Environmental Management Act and the National Water Act in connection with the illegal mining and pollution of a wetland in South Africa.195 A plea agreement was reached and Golfview Mining was ordered to pay one-million rand (then around US$115,000) to the South African government.196 Additionally, under the agreement, Golfview Mining was also required to disperse one million rand each (then around US$115,000) to agencies including the Water Research Counsel, the Environmental Empowerment Services and the Mpumalanga Tourism and Parks Agency for purposes of environmental research, awareness, protection and training. It was also agreed that the accused rehabilitate the area and periodically report on progress.197

In January 2014, the managing director of clay mining company Blue Platinum Ventures in South Africa was convicted of violating the National Environmental Management Act and sentenced to five years imprisonment.198 Blue Platinum began mining operations in the village of Tlhabine in Limpopo in 2007, causing severe environmental damage that harmed the local community, encroaching upon sacred sites, failing to rehabilitate damage to mining locations and relocating to another site without authorisation.199

In response, following a complaint from the Batlhabine community, the Department of Mineral Resources (DMR) ordered the corporate entity to remediate the damage and subsequently informed Blue Platinum that its mining rights would be cancelled unless it complied.200 The entity did not comply with the DMR directives and its mining rights were revoked in September 2013.201 The affected community subsequently brought fourteen criminal charges to the Public Prosecutor against Blue Platinum and six of its directors alleging violations of the National Environmental Management Act (NEMA), the Mineral and Petroleum Resources Development Act, and the National Water Act. During the court case, community members and expert reports provided evidence in support of these allegations.202

The Public Prosecutor subsequently investigated and prosecuted the corporate entity and six of its directors, including the managing director.203 While the charges against most directors were eventually dropped, Blue Platinum and its managing director pled guilty to violating NEMA. The managing director was sentenced to five years’ imprisonment, which was suspended on the condition that he repairs the environmental damage caused by Blue Platinum.204 The conviction represents the first time that a director of a corporate entity has been held personally liable for a mining-related environmental offence in South Africa, setting a precedent for future prosecutions.

There are, however, some problematic aspects to this case. Although both the managing director and Blue Platinum pled guilty, no penalty was imposed on the corporate entity itself. Moreover, the managing director’s sentence was inadequate because it provided no detailed instructions as to what would constitute rehabilitation of the land. The court could have, for example, specified that the rehabilitation would occur under the oversight of the DMR or laid out concrete expectations on the restoration. The lack of specificity in the sentence also makes it difficult for the community to show non-compliance.