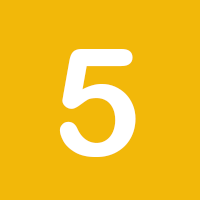 In view of the particular skills and evidence needed to prove corporate crimes, especially in cross-border cases, collaborate as widely as possible both nationally and internationally to build the knowledge, expertise, capacity, networks and contacts needed to tackle corporate crimes effectively

Investigators and prosecutors interviewed noted that effectively tackling corporate crimes can raise unique challenges that require a different approach than other crimes and may require particular evidence or specialist assistance in some areas, especially in cross-border cases.

They also recognised that obtaining evidence and assistance in cross-border corporate crimes cases can be especially challenging. There is often a significant degree of formality involved in requesting cooperation under mutual legal assistance treaties (MLATs) and equivalent mechanisms such as letters rogatory (a formal written request for assistance from a court in one country to a court in another country). The formal nature of this system makes it difficult to ensure that sufficient evidence is provided upon request and to ask for additional information where insufficient evidence is provided.

There may also be additional legal or practical barriers to overcome in gathering evidence from another jurisdiction, making it less likely that adequate or even any evidence will be provided. These barriers may occur in circumstances where: (1) the offence in the home State is not an offence in the host State; (2) the home and host States have different tests for establishing corporate liability; or (3) the host State lacks the law, equipment, material or skills necessary to obtain evidence.

Effectively tackling corporate crimes, and especially cross-border cases, requires a multi-disciplinary, multi-jurisdictional and innovative approach that seeks to respond to criminal activity in a timely manner and, ideally, to disrupt and prevent corporate crimes from occurring in the first place.

With respect to cross-border cases, States should enter into treaties that allow for formal mutual legal assistance in criminal matters to be provided in a fast and efficient manner, including directly between judicial authorities and prosecuting authorities.

In all cases, law enforcement should collaborate as widely as possible nationally, internationally, formally and informally. This will help to build the knowledge, skills, capacity, networks and contacts needed to tackle corporate crimes effectively even where there is a lack of political will or support at the State level to pursue these cases. It will also help to obtain intelligence, evidence and assistance, especially in cross-border cases. Information from informal contacts (such as through direct police cooperation) can help investigators be more specific in subsequent formal requests to other countries for evidence and to identify which authority to approach. Having well-developed networks and contacts can mean law enforcement receive intelligence about a potential case from other countries, NGOs or other organisations.

Effective collaboration may include:

There are various formal and informal networks focused on cross-border collaboration between the police, prosecutors and the judiciary. For example, the European Union’s Judicial Cooperation Unit (Eurojust) was formed by the European Union to improve judicial cooperation in the fight against serious crime by helping national authorities cooperate and coordinate on serious cross-border crime.108 The unit is comprised of prosecutors, magistrates and police officers.109 One of its main functions is to facilitate the exchange of information between interested parties and to strengthen cooperation between national authorities when tackling specific cases.110 For example, in a human trafficking case, law enforcement in Bulgaria and the Netherlands initially agreed at a Eurojust meeting that one country would investigate the offence of human trafficking while the other would focus on money laundering linked to the trafficking.111 However, law enforcement in one country later discovered that, under its national law, it would be difficult to establish the ancillary case of money laundering without the prior conviction of human trafficking.112 The countries subsequently decided at another Eurojust coordination meeting that the money laundering case should be transferred to the other country where the national laws allow the charge of money laundering to be established absent conviction of the predicate offence of human trafficking.113

A trafficking case in Southeast Asia shows how multi-jurisdiction collaboration is vital to ensure the successful investigation and prosecution of corporate crimes.

A March 2015 investigation by the Associated Press revealed that migrant workers from Myanmar, Cambodia and the People’s Democratic Republic of Lao were being trafficked to work in the Indonesian fishing industry. The fish and seafood they caught was then transported to Thailand and eventually supplied to major supermarkets and retailers in the United States. The commercial fishing vessels involved were operated by Thai nationals.114

Indonesia commenced prosecution of six defendants for human trafficking in November 2015 after discussions between the countries involved regarding the responsibility and jurisdiction of each country to prosecute the case. Five of the six individuals charged (including the captain) were Thai nationals and employees of Pusaka Benjina Resources, a large fishing firm in eastern Indonesia.115

The defendants were accused of subjecting hundreds of foreign fishermen to serious labour abuses. Law enforcement found that these fishermen were mostly recruited in Thailand and brought to Indonesia using fraudulent immigration documents.116 Thai officials provided assistance leading up to the prosecution including sending a multi-disciplinary team comprised of officials from the police; the prosecutors’ office; the Ministry of Labour, Social Development and Human Security; and the Ministry of Foreign Affairs to provide assistance on investigation and victim protection.117

In November 2015, the States of the Association of Southeast Asian Nations (ASEAN) signed the Convention Against Trafficking in Persons, Especially Women and Children to formalise cooperative efforts in relation to law enforcement, mutual legal assistance and extradition to further promote cross-border cooperation in tackling human trafficking in the region.118

The on-going criminal case in connection with the 1984 Bhopal gas leak disaster in India shows how a lack of collaboration between India and the U.S. and the failure of the U.S. Department of Justice (DOJ) to file a notice to appear before the Bhopal criminal court on relevant U.S. companies under a mutual legal assistance treaty with India has obstructed justice in this case.

The case is also relevant to Principle 2 (Fight impunity for cross-border corporate crimes by choosing to assert jurisdiction) in that it shows how the financial and political power of multinational corporate entities, as well as their ability to flee the jurisdiction, obstructs effective remedy in cross-border cases.

In December 1984, toxic gas leaked from a storage tank at the Union Carbide pesticide factory in Bhopal, India. Nearly 10,000 people died in the immediate aftermath of the disaster.119 Around 500,000 were exposed to hazardous levels of toxins.120 In 1984, Indian authorities brought criminal proceedings against U.S.- based Union Carbide Corporation (UCC); its majority-owned Indian subsidiary, Union Carbide India Limited (UCIL), that operated the plant; its Hong Kong-based subsidiary, Union Carbide Eastern (UCE), that managed UCIL; UCC’s then chairman Warren Anderson (a U.S. national); and various Indian nationals for “culpable homicide not amounting to murder”.121

Anderson, who visited the site shortly after the disaster, was arrested in India in December 1984 but was released on bail the same day, following intervention by the U.S. Embassy in India, and left the country two days later.122 UCE ceased to exist in 1991.123 In 1994, UCC sold all of its shares in UCIL to the London-based Bhopal Hospital Trust (despite legal attempts to prevent this). In effect, UCC ceased to operate in India and its chairman fled the jurisdiction.124

In February 1989, the Indian Supreme Court approved a settlement agreement between the Indian government, UCC and UCIL under which the companies agreed to pay US$470 million – less than 15% of the US$3.3 billion originally claimed by the government.125 The settlement was negotiated before the full extent of damages had been estimated and without consultation with survivors. The settlement terminated all then pending claims against UCC and UCIL including the criminal proceedings. In October 1991, following a public backlash, the Supreme Court revoked the decision to quash the criminal proceedings.126

In June 2010, India-based UCIL and seven Indian nationals were convicted of causing death by negligence.127 At the time of publication, the culpable homicide charges against UCC remain outstanding. Between 1991 and 1992, U.S.-based UCC was ordered to appear six times before the Bhopal court, with three summonses being served through the DOJ. In 1992, the Bhopal court declared UCC an “absconder from justice” for failing to appear.128 Warren Anderson never appeared before the Bhopal court to face the charges against him and the United States denied requests from India for his extradition.129 The Bhopal criminal court declared him an “absconder from justice” in 1992.130 Proceedings against him were officially stopped in March 2015, following his death in September 2014.131

U.S.-based Dow Chemical Company now owns UCC. Dow has been summoned to appear before the Indian courts on five occasions to explain why UCC has not appeared before them.132 The summonses were sent to the DOJ for service under a 2005 Treaty on Mutual Legal Assistance in Criminal Matters between India and the United States.133 Dow has not yet appeared before the court, stating “any efforts to directly involve [Dow] in legal proceedings in India concerning the 1984 Bhopal tragedy are without merit”.134 In September 2015, according to Bhopal criminal court records, the DOJ wrote to the Indian government stating that it had not served the notice on Dow.135 The DOJ claimed that it needed additional information in regards to whether the matter was primarily civil or criminal in nature and the legal basis for serving Dow given that it acquired UCC after the disaster. In June 2016, over 120,000 people signed a petition calling on the U.S. government to meet its obligations under the treaty and international law and asking the White House to explain what it is doing about the issue.136 The White House declined to comment on this request, citing its Terms of Participation under which it can decline to address certain matters to “avoid the appearance of improper influence”.137

Using local connections obtained through State embassies may be a good way to collect cross-border evidence more swiftly. While not a human rights case, the example below illustrates how U.S. investigators worked with the U.S. Embassy in Beijing to collect information in China in a case against a Chinese businessman for financial fraud.

In this case, the U.S.-based investigators acting under a court-appointed receivership discovered preliminary evidence indicating that his company illegally diverted assets to a newly set up company to the detriment of the U.S. shareholders in the first company. The investigators needed to obtain certain material information from the businessman, who resided in China. Instead of asking U.S. law enforcement to submit a formal MLAT request, they reached out to contacts at the U.S. Department of State who connected them with the Commercial Division of the U.S. Embassy in China. The U.S. Embassy agreed to formally request the local vice mayor in Beijing to provide information concerning the businessman. As a result, the investigators were able to meet with the businessman and obtain material information that helped them to discover concrete proof of corporate fraud and malfeasance. This process enabled the investigators to obtain information that might not otherwise be available through official channels in a much shorter timeframe.138