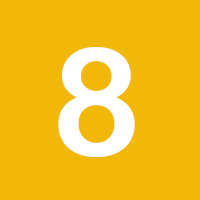 Use all available legal tools to collect evidence, build cases and obtain the cooperation of critical witnesses in corporate crimes cases

Corporate crimes cases are often complex and corporate structures can be difficult to penetrate. In addition, corporate entities can be well-resourced and may take active steps to oppose or block investigations. Therefore, where it is feasible to do so, steps should be taken to facilitate the cooperation of the corporate entity and key corporate individuals to achieve a successful and expeditious investigation. From the early stages of the inquiries, and consistent with the principles of due process, law enforcement should identify and use all available investigative tools to collect and analyse evidence, build cases and seek interim measures.

Interviewed prosecutors noted that while some corporate actors welcome an objective investigation as a way to clear their reputations, others accused of crimes are not as accepting. These corporate actors may have structures that are difficult to penetrate evidentially and can wield substantial amounts of economic and political power. They are often better financially, legally and technically resourced than law enforcement. This can create a power imbalance between corporate actors and law enforcement seeking to hold them to account. Such imbalance can be intimidating to the authorities and may discourage law enforcement from taking action in even serious corporate crimes cases, or may increase the complexity or resources required to pursue a case.

To address this potential imbalance, law enforcement should use all available legal measures to successfully investigate corporate actors and encourage their early cooperation to resolve cases swiftly. Where there is solid evidence of guilt and where permitted by national law, law enforcement should take appropriate interim steps, such as excluding the corporate entity from government contracts, and obtaining interim, protective and precautionary judicial orders to preserve assets within the court’s jurisdiction.

From the early stages of the investigation process, and consistent with principles of due process, law enforcement should:

In addition, law enforcement should consider signing agreements with whistle-blowers (or the corporate entity itself where the perpetrators are rogue employees) to secure internal information on the corporate wrongdoing and the identity of those most responsible. For example, lower-level employees involved in any wrongdoing may be willing to divulge crucial information such as the operation and decision-making process within the corporate entity in exchange for leniency in sentencing. When working with whistle-blowers, law enforcement should take care that these individuals are protected against retaliation under relevant laws.

While not a human rights case, the corruption case of German company Lahmeyer in the Lesotho Highlands Water Project (LHWP) illustrates how law enforcement may work in tandem with international financial institutions to hold a multinational corporate entity accountable.

The LHWP is a large dam project financed by the World Bank to deliver water and create hydroelectric power.173 The corporate entities involved with the project have been criticised for inadequately compensating resettled families, particularly from rural communities who lost grazing land to the project.174 The development project has also submerged sacred places, including burial sites and medicinal grounds.175

In addition, the project has been marred by allegations of corruption and bribery. Specifically, in 2002 and 2003 in a Lesotho court, four foreign companies were convicted of, or pleaded guilty to, the crime of offering bribes to secure contracts related to the LHWP. This included German engineering firm Lahmeyer International.

After Lesotho prosecutors charged the corporate entities in 1999, the World Bank began debarment proceedings and investigations against the two entities based on its procurement guidelines.176 During this process, the World Bank worked closely with Lesotho prosecutors and provided additional resources and expertise. The European Anti-Fraud Office and Swiss authorities also collaborated with and provided assistance to the prosecutions.177

While not a human rights case, a bribery investigation that relied on evidence provided by the World Bank shows how law enforcement can use innovative investigative tools to collect evidence relevant to a case. This case is also relevant to Principle 5 (Collaborate widely to ensure accountability for corporate crimes, particularly in cross-border cases) in that it shows the benefits of networks for gathering information and intelligence.

On 17 April 2013, the World Bank announced the ten-year debarment of a major Canadian engineering company, SNC-Lavalin Inc., and its affiliates, for misconduct related to two projects, one of which was the Padma Multipurpose Bridge Project in Bangladesh. The corporate entities misconduct involved conspiring to pay bribes and misrepresentations when bidding for World Bank-financed contracts in violation of the World Bank’s procurement guidelines.180

The investigation of the case was led by the World Bank’s investigatory wing, the Integrity Vice Presidency (INT).181 In the past, the INT, whose principle mandate is to monitor World Bank loans and ferret out corruption, has cooperated with national police forces around the world to provide information about potentially illegal activities of persons within their respective jurisdictions.

While conducting its own investigation of SNC-Lavalin, the INT shared with the Royal Canadian Mounted Police (RCMP) information that incriminated some SNC-Lavalin’s employees.182 Acting on the INT information, and additional evidence the RCMP collected, the prosecutor charged four individuals.183 The respondents filed a motion to compel the World Bank to produce all of its files related to the case. The World Bank took the position that it enjoyed immunity from compelled disclosure under an international treaty, the Bretton Woods Agreement (to which Canada was a party), and implementing legislation. There was a concern that the World Bank would, in the future, withhold cooperation with local police forces if the price of such cooperation were to subject its internal files to inspection of courts around the world. In 2016, the Supreme Court of Canada reversed the lower court ruling and held that the World Bank had not waived its immunity by providing information to the police.184

A civil case in the United Kingdom involving the alleged complicity of British mining company Monterrico Metals in police torture in Peru shows how legal measures to preserve a defendant’s assets, either in criminal or civil cases, may address the inherent inequities involved in pursuing cases against well-resourced corporate actors and prevent them from disposing of assets before the resolution of a case.

In June 2009, thirty-one Peruvians sued Monterrico and its Peruvian subsidiary in a UK court for complicity in police brutality.185 The claimants alleged that, during a series of demonstrations in 2005 against the proposed development of a mine in Peru, the police tortured and mistreated protestors by beating and whipping them, threatening them with death and rape and forcing them to eat rotten food.186 According to the complaint, not only did the corporate entity provide material support to the police, but certain employees and subcontractors also participated in the abuse.187

In 2007, a Chinese company bought Monterrico and subsequently moved its headquarters to Hong Kong. In May 2009, Monterrico announced that it would be de-listing from the Alternative Investment Market (AIM) of the London Stock Exchange in the United Kingdom. Although it was accepted that this decision was for genuine commercial reasons, there were concerns that any resulting transfer of assets out of the United Kingdom would affect the ability of the claimants to claim damages. In June 2009, the claimants successfully secured a £5 million (then around US$8.1 million) worldwide freezing injunction in both the London and Hong Kong courts.188 In June 2011, Monterrico settled with the claimants out of court with no admission of liability.189