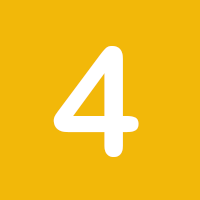 Know the laws and evidence required to establish the liability of corporate actors for corporate crimes. From the early stages of the investigation process, identify the specific evidence needed to meet these requirements, how and where it can be obtained and what specialist assistance is required.

Prosecutors interviewed noted that establishing liability for corporate entities and individuals involved in corporate crimes can present particular legal and evidentiary challenges. For example, laws applicable to corporate crimes can set out specific or even unique legal tests for establishing liability. Under some criminal laws, the State must prove that the defendant had the required guilty state of mind when committing the offence. Under other criminal laws or strict liability offences, the state of mind of the defendant is irrelevant as long as he or she committed the relevant act. Some laws may also provide for specific offences that are applicable only to corporate entities.

In many jurisdictions, a corporate entity will only be guilty of an offence if the conduct of an individual can be attributed to it. There are different legal tests for doing so, such as:

Evidence may therefore be needed to meet the relevant legal standards for charging or prosecuting the corporate actors involved. Specialist skills may be required to recover and analyse that evidence. As these skills may not be easily available in some contexts, building them will require additional costs and assistance from other agencies or international bodies. For example, it can be difficult in practice to find evidence of the involvement of board members or senior level officials in an offence, and to identify which particular official was involved, especially within multinational corporate entities where decisions may be taken by various entities or individuals. This may require analysis of complex corporate documents to understand who has authority to make decisions relevant to the alleged corporate crimes on behalf of the corporate entity and how the entity is actually managed and makes decisions. It may also require the recovery and analysis of large amounts of data to determine if there has been board or senior-level involvement in an offence. Investigators and prosecutors who have no experience investigating corporate crimes may find it challenging to navigate these cases for the first time.

The corporate entity itself may make the evidence-gathering process more difficult by taking deliberate action to obscure the involvement or knowledge of senior officials in the wrongdoing or by destroying data or materials. Furthermore, some evidence may be located in multiple jurisdictions, which presents additional challenges.

Interviewed prosecutors noted that law enforcement may underestimate the type and extent of evidence required to establish liability for corporate crimes or face difficulties in obtaining the evidence required to meet the legal standards for proving corporate crimes in that jurisdiction. Interviewed prosecutors also noted that investigators should identify and collect key pieces of evidence at the start of the investigation, but that this does not always happen in practice. As a result, evidence may have disappeared or may no longer be available. All of this can result in the case being delayed (e.g. if case files are sent back because more evidence is required), dropped or unsuccessful in court.

To address this challenge, it is vital that investigators and prosecutors know the laws applicable to corporate crimes in their jurisdiction, what evidence is required to establish liability and how and where it can be obtained. States should take action to build the capacity of law enforcement in this area, including by looking to best practices in other jurisdictions and seeking international assistance.

In addition, law enforcement should reach out to relevant networks and contacts for advice and assistance. For example, they should tap into forensic expertise that exists in relation to financial crimes, such as corruption and banking. When pursuing corporate crimes, early in the investigation process investigators should:

While not a human rights case, a U.S. prosecution of both a corporate entity and individual employees shows how specific types of evidence can be used to establish guilt for corporate crimes. Under U.S. law, the acts of any employee can be attributed to a corporate entity, providing that the employee was acting in the scope of their employment and at least in part for the benefit of the corporate entity (known as vicarious liability or respondeat superior).

In United States v. Ionia Management S.A., U.S. prosecutors successfully utilised vicarious liability to attach criminal liability to a foreign corporate entity for the actions of low-level employees after prosecutors determined that the wrongdoing in the corporate entity was widespread and reached high levels. In Ionia, a Greek tanker company, Ionia Management (Ionia), was prosecuted for illegally dumping oil into U.S. territorial waters contrary to the Act to Prevent Pollution from Ships, which implements into U.S. law the 1973 International Convention for the Prevention of Pollution from Ships (MARPOL).102 Ionia, which was incorporated in Liberia and headquartered in Greece, managed a Bahamas flagged ship called the M/T Kriton.103 While in U.S. territorial waters, crewmembers routinely discharged oily waste into the sea (using a system that by-passed the ship’s pollution prevention equipment) and made false entries into the ship’s oil record book to hide the illegal discharges. They also obstructed the investigation by hiding the by-pass system and lying to Coast Guard officials.

During the trial, prosecutors showed that the crew was acting within the scope of their employment by presenting witness evidence from the crew members that they were acting under direct orders from superiors (chief engineers) in discharging the oil, falsifying the records and lying to the Coast Guard. To establish that the crew was acting for the benefit of the corporate entity, prosecutors presented expert evidence about the time and expense of properly maintaining and using the prevention equipment, allowing the jury to infer that the crew used the by-pass system to benefit the corporate entity and lied to the Coast Guard to protect it. In September 2007, Ionia was found guilty and, in 2009, the U.S. Court of Appeals upheld its conviction.

The International Criminal Court’s (ICC) involvement in a “first responders” project is a good example of how law enforcement can strategically position itself to collaborate more closely with NGOs and others on the ground to ensure quick and effective access to potential evidence.

Following the collapse of several high-profile trials due to insufficient evidence, the Office of the Prosecutor (OTP) of the ICC announced in its 2012-2015 Strategic Plan that the Investigation Division would be diversifying the type of evidence it collects and enhancing its capabilities to collect such evidence.104 The Strategic Plan recognised that individuals or groups working on the ground have proximity to the crime scene and can play a key role in collecting information, such as photos and videos, to support ICC investigations.105 The OTP therefore developed a model for increased cooperation with these “first responders”, with the aim of encouraging them to provide information proactively to the ICC.106

The “first responders” project is designed to increase cooperation between the ICC and first responders, such as NGOs, journalists, forensic scientists and health professionals, and to enhance the effectiveness of first responders in collecting potential evidence.107