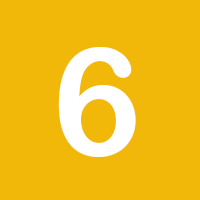 Pursue charges that reflect the gravity of the corporate crimes committed

Explore potential legal avenues for investigating the corporate crime early in the process and pursue those reflecting the gravity of the offence, unless legitimate or strategic reasons exist for pursuing alternate or lesser charges.

Prosecutors interviewed noted that law enforcement may not pursue the most serious charges against corporate actors involved in corporate crimes due to a lack of familiarity with the subject, skills, expertise, resources and evidence. For example, prosecutors referred to cases where they were restricted from pursuing a more severe criminal charge because the evidence required to prove that charge had not been obtained during the initial investigation stage.

Law enforcement may also face internal pressure from their managers to bring cases to a close quickly and successfully, meaning that even in cases involving serious corporate crimes there can be pressure to pursue lesser charges that are easier to prove with the aim of reaching a swift settlement with the corporate actor. In many cases, the terms of the settlement are confidential and do not require an admission of guilt or wrongdoing. This approach can entrench corporate impunity because it does little to deter future harm or provide justice for victims.

To overcome these challenges, action is required on two different levels. First, States and senior officials in law enforcement should create an enabling environment so that law enforcement has the support and resources needed to take on corporate crimes cases and pursue the most serious criminal charges against the corporate actors involved.

Second, law enforcement should pursue charges that reflect the gravity of the crime. They should map all potential causes of actions early in the investigation process, taking into account the nature and location of the corporate entity’s business activities, assets and resources, profit flows, corporate structure and decision-making structure as well as the nature and extent of the misconduct involved. In jurisdictions that do not provide criminal liability for corporate entities, law enforcement should similarly identify causes of actions under equivalent laws, in addition to pursuing criminal accountability for the responsible individuals. Investigators should undertake this mapping exercise in collaboration with prosecutors, where legally permitted, and other appropriate specialists in relevant government bodies. Law enforcement should also reach out for assistance and advice from other relevant contacts and networks.

Law enforcement should only pursue alternate or lesser charges, such as regulatory or administrative sanctions, where there are legitimate or strategic reasons for doing so. For example, it may be impossible to secure the evidence required to prove the more serious offence. Or, if law enforcement pursues alternate or lesser charges, the evidence collected might build towards future criminal or equivalent actions against the corporate actor for more serious offences. For example, where permitted by law, pursuing tax offences may give access to books and records needed to prove grand corruption.

Care should be taken in pursuing alternate or lesser charges in situations where the corporate crime is particularly severe, such as where widespread human rights harms occur. In these situations, cooperation in the investigation or prosecution, or voluntary remedial measures undertaken by the corporate entity or individuals, should not presumptively result in alternate or lesser charges. Instead, such actions should be considered in the sentencing phase of the case.

In the Rana Plaza factory case in Bangladesh, an initial charge of “culpable homicide” brought by investigators against the accused was changed to the more serious offence of murder, which was accepted by the court.

In 2013, an eight-story commercial building called Rana Plaza located in Savar, Dhaka, Bangladesh collapsed, killing more than 1,100 people and leaving over 2,000 injured.139 The majority of the people in the building at the time of the collapse were garment workers employed in five factories located on the top floors. These factories supplied clothing to well-known global fashion brands. Law enforcement in the case initially pursued charges against owners of the factories for violations of the National Building Code and for culpable homicide, the latter of which carries a minimum seven-year prison sentence. This followed the findings of a government-led inquiry in the immediate wake of the disaster, which recommended that charges of culpable homicide be brought against the factory owners.140 However, investigators decided to change the culpable homicide charge to the more serious offence of murder two years later after further investigation revealed more evidence.141 It was speculated that the delays in bringing murder charges were possibly the result of corporate capture and political interference.142

The evidence that caused the shift in charges showed that Sohel Rana, his staff and management of the factory had ignored warnings that the building was unsafe and also threatened and forced workers to enter the building. Human Rights Watch reported that a “government inspector had ordered the Rana Plaza’s evacuation the previous day after large cracks had appeared in the walls. But on the morning of the collapse, factory managers persuaded and cajoled workers to return, telling them it was safe. In some cases managers threatened them with dismissal if they did not comply”.143 It was further reported that, “[s]hortly afterwards, Savar was affected by a power cut. Once the Rana Plaza’s electrical generators were switched on, the building started to shake and then collapsed”.144

In December 2015, the court ordered the arrest of 24 people, who tried to abscond from proceedings, as well as the seizure of their assets.145 Prosecutor Anwarul Kabir stated that those facing arrests included “associates of Rana who ‘slapped and forced’ the workers to join the shift”.146

In July 2016, a Bangladeshi court formally charged 38 people with murder, including plaza owner Sohel Rana as the principal accused, more than a dozen government officials and factory owners. Three were also charged with helping Rana to flee after the incident. 147

In addition, RAJUK, the Capital Development Authority of Bangladesh, along with the Police have proceeded with the case against the factory owners for violating the National Building Code by constructing the structure with substandard materials and building additional floors beyond what was permitted.148 It has been reported that the building was intended as office and retail space, and that the additional factory floors were added illegally.149 Eighteen people (17 of whom are among the 38 charged with murder) have been indicted, including plaza owner Sohel Rana,150 and the trial is set for October 2016.151

It is reported that the family of a victim also filed a separate murder case with a Dhaka court who had ordered the Criminal Investigation Department to do the investigation for this case alongside the case filed by the police.152

While not a human rights case, a corruption case against high-level officials of the Fédération Internationale de Football Association (FIFA), which started from a criminal investigation of one executive member’s tax records, demonstrates how evidence collected for a lesser offence may lead to evidence for more serious charges.

In 2011, an investigator at the U.S. Internal Revenue Service (IRS) noticed one FIFA executive member, Chuck Blazer, had failed to file his personal tax return, and began investigating Blazer’s tax record. The IRS investigation discovered evidence that revealed a broader corruption scheme involving other high-level FIFA officials. The agency subsequently collaborated with the Federal Bureau of Investigation to pursue the corruption investigation, with Blazer acting as a confidential informant.153

The investigation found evidence that multiple FIFA officials may have accepted bribes in exchange for favours and used official funds for personal purposes. The full investigation eventually pulled in assistance from police agencies and diplomats in 33 countries. To date, it has led to criminal indictments of fourteen people.154